Create an Account - Increase your productivity, customize your experience, and engage in information you care about.

Fish of the Harbor

Norwich waterways provide exceptional fish habitat. Fresh water from the Shetucket and Yantic rivers flows into Norwich Harbor where it mixes with salt water in the Thames River. 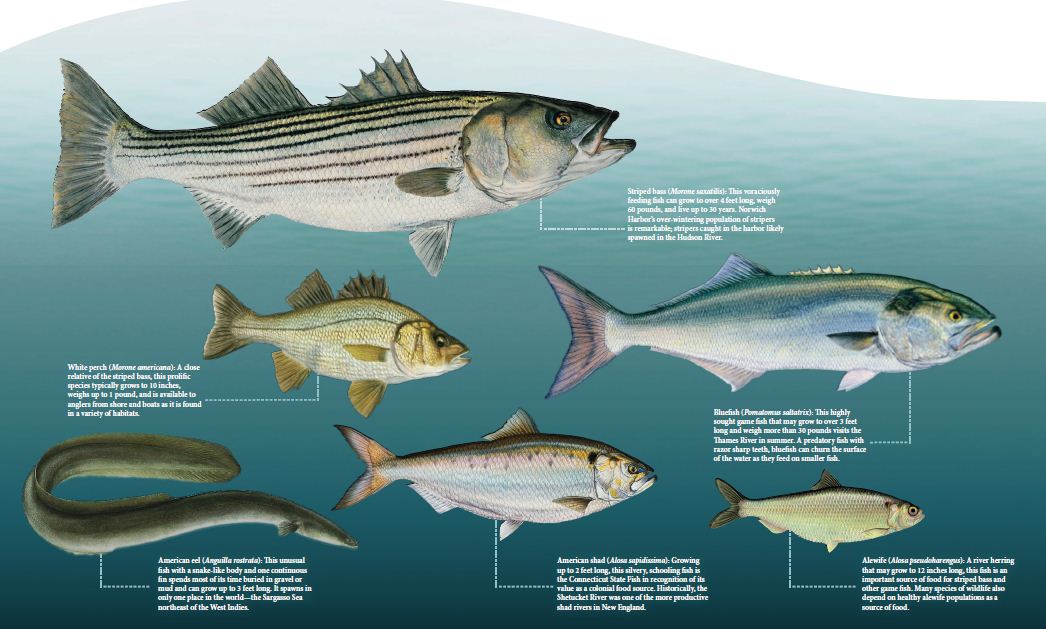 This diverse environment supports a variety of fresh water and salt water fish, along with anadriomous fish that live most of their lives in the ocean but swim upstream to spawn in fresh water.

For centuries, these fish sustained Native Americans who gathered nearby each spring for rich harvests of the seemingly unlimited shad, salmon, eel, and other species. Early settlers and colonists also depended on these migratory fish now pursued by recreational anglers.

Dams built across the Shetucket River and its tributaries in the 1800s harnessed water power for manufacturing but blocked the spawning runs of shad, alewife, and other androgynous species. These fish were eliminated from their natural habitat in the entire watershed upstream of the Greeneville Dam. To allow fish to swim past the dam, Norwich Public Utilities worked with the Connecticut Department of Energy and Environmental Protection to install a fish lift in the dam in 1996.

Thousands of shad and many other fish species now pass through the Greeneville fish lift each year. Restoring androgynous fish to their natural habitat provides recreational, economic and environmental benefits.